Area 51 Location
No Longer A Secret

The Area 51 location has been one of the US government’s best kept secrets of the 20th century, until the recent advances in modern technology resulting in the invention and use of satellites. Over recent years many books have been written about Area 51, both fiction and non fiction capturing people’s imagination.

The open-skies agreement that was signed in 1992 by 24 nations, including the United States and Russia, made it possible for satellites to photograph the Area 51 location. These satellite over flights are allowed as part of an agreement to “verify arms-control compliance”. The base's airspace remains restricted and civilian aircraft are not allowed to fly over it. 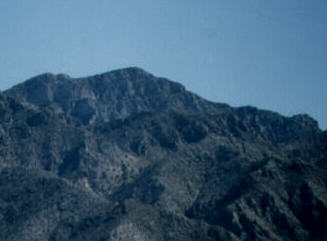 Area 51 is about 80 miles north of Las Vegas. The closest observation point is at Tikaboo Peak, about 26 miles from the base. You will however have to climb the mountain to see the buildings in the distance. To get closer you will have to by-pass the security.

Area 51, Groom Lake or Dreamland. These are all names given to this secret US government site over the years. The original name "Area 51" is taken from maps that gave the area of land, marked by boundaries, a grid number.

"Area 51 = First Footage of an Alien" is a compelling documentary about Area 51 and the how the US government has been communicating with extraterrestrials for many years. Watch the documentary in full and decide for yourself.

About 27 miles to the north of the Area 51 location is the small town of Rachel. With a population of about 100 this must be the best known small town in the world. The world famous Little A'Le'Inn is a great place to swap UFO stories.

Robert Scott Lazar, born in 1959 and now living in Las Vegas is one of the only people to go public about the work he did for the US government at Area 51. Lazar claims he worked on captured UFOs in area S-4 at the Nevada Test Site . Have a look at this video interview with Bob Lazar about the work he carried out.

What is Area 51? That is a question many people have asked over the years. It is a USAF base, but what else goes on at the Area 51 location. We take a look.

Workers from Area 51 have been subjected to lethal doses of toxic waste, some of the families have tried to take court action. We take a look at what The White House has to say.

Flights from Las Vegas with Janet Airlines, as they have affectionately become known, will fly you into Area 51. But only if you are an employee at the base. These unmarked aircraft, except for their ID number and distinctive red stripe along the fuselage, commute 1000's of employees to Area 51 daily.

The name Janet is taken from their call sign J.A.N.E.T. assigned to these Area 51 shuttle services.